Announcement: Only existing clients at present by arrangement. Please text Caroline for options. 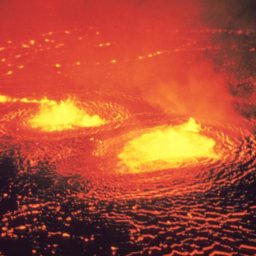 Last October (2015) this beautiful client of mine first came to me with adult acne and had suffered with it for about seven or eight years. Her poor face was so red and sore that her skin temperature was a full 3°C higher than nearby skin that was unaffected by acne! For some years she had been prescribed long term antibiotics and then after moving house was no longer on them. In any case, her skin had just continued to worsen.

We started off with six treatments of IPL to kill the porphyrin bacteria, dry up the over productive sebaceous glands and stimulate collagen production. These were between the very end of October and beginning of December. A review of skin care was made with some slight tweaks such as using a Neal’s Yard Orange Flower Facial Wash which strangely enough is aimed at dry skin, and using Neal’s Yard Beauty Sleep Concentrate as a moisturiser on the basis that it goes on lightly yet is incredibly nourishing and regenerating.

Nearly three months later and my client has come for her third Steam Clean Facial. The “After” picture on the right (which is before this latest Steam Clean treatment) shows her skin has transformed from the fiery mass of redness and is looking quite lush! Breakouts still happen but are few and far between. In time the residual pigment will calm down even more. We will probably do a Steam Clean Facial every four to six weeks and at home use the clay mask weekly.

Everyone is different and the treatments that suit them can vary. We have a young man who after having a short course of IPL with Ian now just gets a top up when he has the start of a break out and then it is all good. Another person has just had an initial weekly Steam Clean Facial with me for two weeks and a discussion about skin care and now just occasional Steam Clean Facials that has worked well.

The recommended course of IPL for acne is about 6 treatments either weekly or fortnightly. For some that might be enough and for others, like the client above it can take nearly six months to be seeing significant changes.

If you are on Roaccutane or roaccutane-type medications then you must continue that course of action. We can not carry out any IPL unless you have been off those medications at least six months. If you have been tanning, including sunbeds, in the past month will have to wait four weeks before any IPL treatments. The Steam Clean Facial may be able to help in the meantime.

If you have any questions please do not hesitate to either post them below. Do not include any contact details in your post as it will be public!

In Sandbach, CW11
BY APPOINTMENT ONLY

Treat yourself or someone special